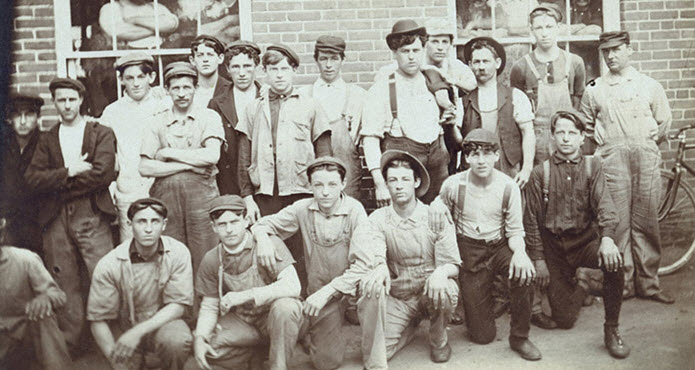 The Greystone Lofts residential complex now occupies the site formerly known as The Worcester Textile Company. Original construction of the main mill buildings began in 1904 and was completed by the end of an extensive expansion campaign ending in 1911. The site and the surrounding neighborhood are visually dominated by the main mill, a five-story brick building over 700ft long that parallels the river on the west side of the property. Providence mill designer/engineer, Frank P. Sheldon & Son Company designed the original mill buildings, and all additions to the site remained consistent in exterior materials and features throughout the expansion of the mill complex in the early 1900's.

Urban Smart Growth acquired the property, situated at 180 Waterman Avenue, North Providence, Rhode Island, in February of 2005. Demolition began and permitting continued throughout 2006. Full scale construction commenced in October 2007, and all construction, including the residential units, was completed in December of 2008. Urban Smart Growth and Greystone Lofts were recently recognized for the historic preservation and rehabilitation of the mill complex by the Rhode Island Historical Preservation & Heritage Commission with the 2008 Historic Rehab Tax Credit Project Award.

150 newly renovated loft-style residential units now occupy this historic building located in the village of Greystone, a residential neighborhood in the extreme northwest corner of North Providence. The district straddles the Woonasquatucket River, a narrow waterway that once supplied power to numerous industrial enterprises along its 19-mile route from its headwaters in North Smithfield to its confluence with the Moshassuck River in Providence.